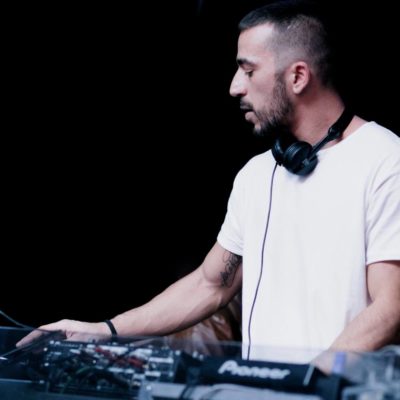 Michalis Manolakos aka Manolaco, started practicing music from the age of nine as he began music studies in a local music school where he studied theory and harmony of music for 7 years. At the same time his music influences were coming mainly from radio and cds listening to soul, funk, acid jazz, hip-hop and…

Michalis Manolakos aka Manolaco, started practicing music from the age of nine as he began music studies in a local music school where he studied theory and harmony of music for 7 years. At the same time his music influences were coming mainly from radio and cds listening to soul, funk, acid jazz, hip-hop and early days of Detroit house scene.
Practice makes perfect and Michali’s curiosity and love for music leaded him to stick with house records at a friend’s house after school. His curiosity became passion and just listening was translated into buying two turntables and enough records to make a mix. Soon, he became confident enough to walk to a local club and offer the club owner to give me him a slot during a night. Michalis gained valuable experience from those trial nights which was again enough to pack his records and get ready for his next step.

That step was called Paros island where he introduces his self to the Linardo Bar owner to try him over which he did and occasionally he became a resident during the summer months. Later the same year, back in Athens, he joins his good friend Pascal who gives him the opportunity to appear in the show called “Majestic” events along with top house djs such as Mr. V, Osunlade, Roger Sanchez, Kenny Carpenter and others.

Those successful appearances attracted Blend’s attention and in 2006, Michali gets a chance of a lifetime to present his talent into bigger events and in clubs such as Blend Club and legendary Cavo Paradiso, Mykonos next to the hottest names in the electronic scene such as Richie Hawtin, Ricardo Villalobos, Marco Carola, Loco Dice, Adam Beyer, Luciano, Sven Vath and many more… Joining Blend was a turning point as far as his influences were at that moment. Manolaco’s sound was still house groove based but playing next to techno and minimal acts his sound was impossible to escape from becoming more electronic, more minimal, more dark but happy at the same time.

2010 was a year of studio dedication, inspiration and creativity for Manolaco. His fresh ideas were nicely put together with his rocking beats and managed to finish fifteen quality house tracks, some of them with his other music half and good friend Ikee in well known labels such as Monique Musique, Unlock Records, Greelpound, Akbai Music, Arjaus Records, Datagroove and Sound Mass. The outcome of this effort was a massive support by many international artists including: Ronan Portela, Ariel Rodz, Barem, Marco Carola, Alexis Cabrera, Urss, Someone Else, Anja Schneider, Nic Fanciulli, Jay Tripwire and Utku Dalmaz to name a few.

In 2011, Manolaco is more mature and more confident than ever his ability to plan and look forward into new things brings him amongst a
new challenge – a residency in Blend’s new project called “On Off”. It is no surprise that those events are more than successful and Manolaco’s popularity has exploded into the local scene.

2013 is the year that Manolaco explodes his career in the local scene of Greece. He is touring all over the country rocking every place that he is playing. With the extremely big support from his fanatic crowd he is now definitely one of the leaders in what greek audience calling Techno House.