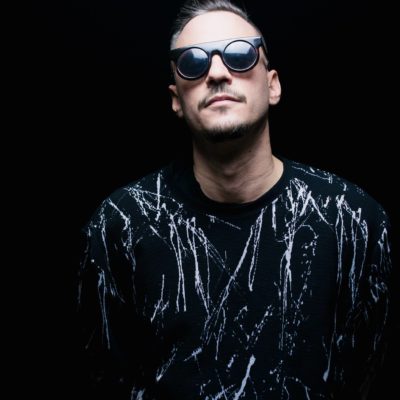 Born and raised in Athens, Greece Jonn’s first exposure to music started at a very young age. His passion for music and appetite for several genres such as soul, funk,jazz and rock have all played a significant role and inspire him to this day. At 15 years of age, the bug of house music caught…

Born and raised in Athens, Greece Jonn’s first exposure to music started at a very young age. His passion for music and appetite for several genres such as soul, funk,jazz and rock have all played a significant role and inspire him to this day.

At 15 years of age, the bug of house music caught on, but it wasn’t until he moved to London for his MA in Interactive Media where he experienced London’s nightlife, visiting the best clubs, major festivals and traveled to the Mecca of house music, Ibiza, that he realized music was going to be an important part of his life.

Music has always motivated me to create and enjoy life. It makes people dance, smile and love. I want to share this passion with others.

Jonn tested his first set out of the bedroom on the decks of Kabaret Prophecy (Soho, London) in 2006. For the next 2 years he played at several clubs in London beginning his first touch with the audience on the dance floor.

In 2008, Jonn returned to Greece and decided to share his passion for music and bring his experiences to Athens.

Afternoon parties at Precious Club (Kolonaki) were followed by collaborations with DJ Pascal at Boutique (Athens) and DJ Akylla & Christos Z at Messiah Rebirth. The 3 established DJs and top names in the Greek house scene, all taught him a lot about playing for different crowds.

Blending just enough familiar songs to rope in the crowd, and balancing bold, lesser-known house tracks to educate them, Jonn maintains the dance floor fun with his infectious energy.

His residency at Dybbuk in 2009 gave birth to one of the most successful parties, One Night Stand which have since moved to Mamacas every summer.

Jonn was also one of the resident DJs of the Sex & the City parties, the most successful hotel events, which continue to be hosted at some of most luxury hotels in Greece – Cavo Tagoo, King George, Hilton – till this day.

2010 was a milestone in Jonn’s music career. His sets moved across borders to New York where he played at Cielo with Master Kev, followed by Fashion shows in Geneva and parties at luxury hotels in Perugia, Italy.

In 2012, Jonn started creating remixes and undertaking piano lessons. The past year Jonn has made a lot of unofficial remixes, , and has already begun creating his own original productions.

For the past 2 years Jonn. is a resident DJ at Animal Club (Athens) and continues to travel the globe spreading his love for house music every step of the way.

2013 Has Found him moving to deeper and more techy sounds, with official remixes , sets in the radio station of 88.6 Fm and the same time moving to Terraza for the summer session and later on to Playground Club (Ex Sixx)

2014 has found him resident at the legendary Mamacas Club and Terraza Athens collaborations with major names of the underground scene, and at the same time travelling around Greece in all the major Cities spreading his unique vibes.